God the Father's enternal delight in God the Son is the source of His plan to enjoy Him by glorifying Him for all who He is.  Who would have thought that the apex of this plan was to magnify His Son's humility and love by laying the rebellios and unrighteous identities of sinners and then crushing Him for that?  Who would have thought the Father and the Son would conspire eternally to do this so that the Father could ultimately glorify His Son by bringing in sinners to enjoy the immeasureably rich relationship with Him that His Son deserves?  Yet received our unrighteous identity on the cross and was punished for it so that we could receive His righteous identity and be rewarded for it.

This is the Father's great and eternal plan, and the whole earth cries out for it - every coast.  This plan will not be complete until there are people delighting in Christ's relationship with the Father in every nation, on every coast.  It is the joy of the saved to pursue that glorious goal.  This is how we share deeply in the Father's enjoyment of Jesus with Him. 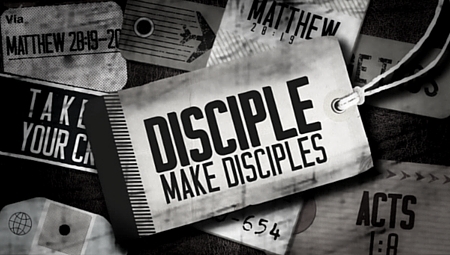 Go and Make Disciples of All Nations
Current Sermon

The Father's Joy in Jesus will Reach All Nations

The Calling & Joy of Every Disciple of Christ

Disciples Long to See Jesus Glorified in All Nations

In Transcona for Transcona's Enjoyment of Jesus

Disciples Enjoy Jesus' Position in the Family of God