The church in Sardis had an identity or 'NAME' that was life, but really they were dead. If they would be attentive to and HEAR His Word (His message of who He is and what He's done and how He leads his people), the Holy Spirit would make them alive and they would be found waiting for Him when He returns. They would be covered by Jesus' own identity; His NAME, his deeds. And then, instead of having a 'NAME' that doesn't give life, Christ would write their NAME permanently in the Book of Life, and confess their NAMES to the Father. 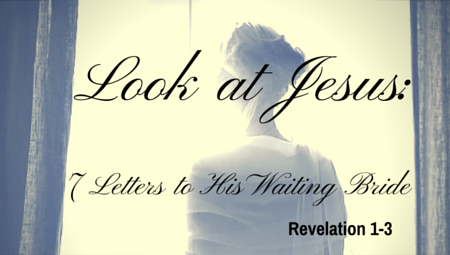 Revelation 1-3: Look At Jesus - 7 Letters To His Waiting Bride

Humble Yourself & Cling To His Righteousness

Hear His Word, Be Made Alive, Receive His 'Name'

The Bride Waiting For Her Groom

He Is With His Church And Holds It In His Hands